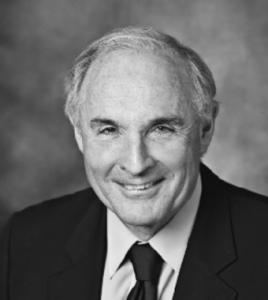 Dr. Sam Ludwin passed away Tuesday, January 21st, peacefully at his home in Kingston, Ontario, after a valiant battle against ALS. Born October 16th, 1944, to Genia and Dorik Ludwin in Johannesburg, South Africa, he enjoyed a distinguished medical career, wide-ranging interests, and-most of all-the love and companionship of Vivien, his wife of 51 years, their children Derek (Stacey) and Raymond (Karen) and grandchildren Andrew and Elizabeth, his siblings, nieces, and nephews, and his friends.

After attending King Edward VII School in Johannesburg, where he combined classical learning with sports and acting, he went on an American Field Service exchange to Huntington Beach High, where he basked in California's freedom and the love of his host family. He then trained at the University of Witwatersrand Medical School before returning with Vivien to California for his residency at Stanford University. In 1975, he and his young family moved to Kingston, where he became a Professor of Pathology and an oft-awarded teacher at Queen's University, and an outstanding neuropathologist at Kingston General Hospital. He rose to leadership positions, including VP of Research at both institutions. His erudition, warmth, and generous teaching style inspired generations of students and residents. Samuel devoted his professional life to studying degenerative diseases of the brain and nervous system, and made important research advances in multiple sclerosis (MS). He was awarded the Queen Elizabeth II Golden Jubilee Medal for his instrumental role in growing the MS Society of Canada, where he served as Medical Director and spearheaded a $20 million fundraising campaign for the endMS research network. He was President of both the Canadian Association of Neuropathology and the International Society of Neuropathology, and received the American Association of Neuropathology's Meritorious Service Award for his leadership and extensive research contributions. Despite his international reputation, he was best known for his modesty and efforts to nurture the professional growth of others.

Samuel's infectious energy extended well beyond his professional life; he was a true renaissance man, interested in everything and everyone. Through his travels, hobbies, sports, and passions, he amassed a large circle of friends who benefited equally from his loyalty and humour. He collected books, art, carpets, fountain pens - and especially antique maps of Africa. He climbed mountains, explored culture and nature on multiple continents, and reveled in Kingston's many water-based activities. Music was another lifelong passion: he returned to the piano later in his adult life, served as Programming Director of the Kingston Symphony, and went to concerts in every city he visited.

Although Samuel officially "retired" in 2010, and even spent time playing golf, he remained active professionally as a visiting scientist at the Montreal Neurological Institute as long as his health permitted. Above all, he was a devoted and adoring husband, father, grandfather, and friend. His loving, whimsical, and mischievous spirit will forever be remembered.

Funeral Service at Beth Israel Congregation (116 Centre Street) on Thursday, January 23rd at 11am. Interment will follow at Beth Israel Cemetery. (1018 Sydenham Road)The family will receive friends at Harbour Place Level A (185 Ontario Street) that evening from 5-7pm, and on Friday January 24th from 7:30-9:30am and 11:30am-1:30pm. Shiva will continue in Bethesda, Maryland. Samuel's family is deeply grateful for the outstanding care that he received from his physicians, therapists, caregivers, and friends. 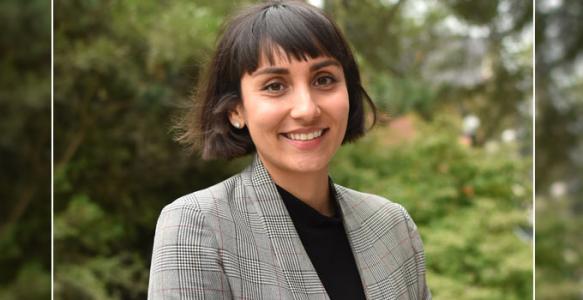 The vast majority of cancer-related deaths are caused by cancers that have spread - or metastasized - to other organs. Breast cancer cells, for example, often spread to nearby lymph nodes where they can settle, grow and spread to more distant organ sites, evading surgery and chemotherapy treatment. Dr. Victoria Hoskin has set out to stop these migrating cancer cells in their tracks.

Earlier this year, Hoskin and an interdisciplinary team of researchers at Queen's Cancer Research Institute (QCRI), found that a specific protein, ezrin, which plays a key function in cancer metastasis, may also have an important immune-modulating role. They went on to find that when ezrin is blocked, the immune system's T-cells can better recognize, engage and kill the migrating cancer cells in surrounding lymph nodes. As she describes in her recent Oncotarget editorial, these findings may represent a new method to not only prevent cancer metastasis, but to also engage the immune system.

The Queen's Department of Pathology and Molecular Medicine will be closing for the Holidays on Tuesday 2019 December 24th at 12:00 EST. 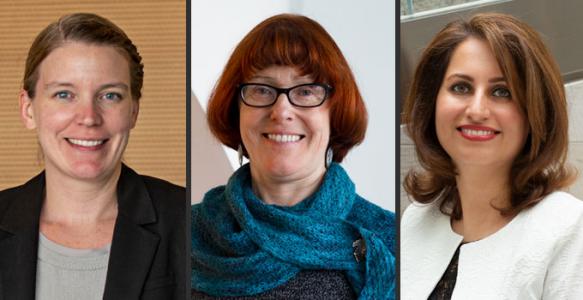 The awards are for up to $350,000 per year for up to six years, providing stable research funding and salary support for recipients to establish their laboratories and build their research platforms within Ontario. They bring with them expertise in big data, machine learning, multi-omics analysis and immuno-oncology. The new recipients are:

Dr. Tricia Cottrell Clinician Scientist I Award Cottrell is a pathologist and immunologist from Johns Hopkins University who recently moved to Kingston to become an Assistant Professor at Queen's University and Senior Investigator in the Canadian Cancer Trials Group. Cottrell focuses on mapping the interactions between the immune system and cancer cells as patients undergo treatment in order to develop new biomarkers that can better predict the course of a patient's disease.

Dr. Anna Panchenko Senior Investigator Award Panchenko was recently recruited to Kingston from the National Center for Biotechnology Information where she developed several methods and algorithms to study the molecular mechanisms behind cancer. Panchenko's methods have been widely used by thousands of scientists from around the world to better understand the causes of cancer progression. She is now a Professor at Queen's University and holds a Tier I Canada Research Chair.

Dr. Parisa Shooshtari Investigator I Award Shooshtari is an Assistant Professor at Western University in London, where she is establishing her first laboratory as an independent researcher. Joining the OICR community with experience from Yale University, the Broad Institute of MIT and Harvard, and The Hospital for Sick Children (SickKids). Shooshtari brings unique expertise in developing computational, statistical and machine learning methods to understand the biology underlying complex diseases like cancer. With their new appointments as OICR Investigators, Cottrell, Panchenko and Shooshtari join 25 other IA recipients as part of OICR's collaborative cancer research community of more than 1,900 highly-qualified personnel across 23 Ontario institutes. Since its inception in 2006 the IA program has provided funding to recruit and keep world-class cancer researchers and clinician scientists in universities, hospitals and research centres across Ontario.

"Sustainable funding for talented scientists is critical to building a strong research ecosystem that will deliver the next wave of innovations and discoveries. The Investigator Award program is key to attracting and keeping top cancer researchers in Ontario," says Dr. Christine Williams, Deputy Director and Interim Head, Clinical Translation at OICR. "We are particularly pleased that all three awards have been given to accomplished female scientists and are proud to offer our support as they establish their research programs in Ontario."

"We are thrilled to welcome these highly-regarded researchers and look forward to their contributions to the health of Ontarians and the province's cancer research sector," says Hon. Ross Romano, Ontario's Minister of Colleges and Universities. "Investing in top talent will allow Ontario to stay at the forefront of bio-medical research and realize the benefits of advancements in cancer prevention, diagnosis and treatment more quickly."

As professors at their respective academic institutions, the three new IA recipients will take part in providing high-quality training to students in areas such as computer science and machine learning. Technological advancements and an evolving global economy are changing work in Ontario. These new, unique, cross-appointed positions will strengthen Ontario's cancer research capacity while helping prepare students for careers in a rapidly-evolving knowledge-intensive industries.

For more information about the Investigator Award program, visit www.oicr.on.ca/investigator-awards.